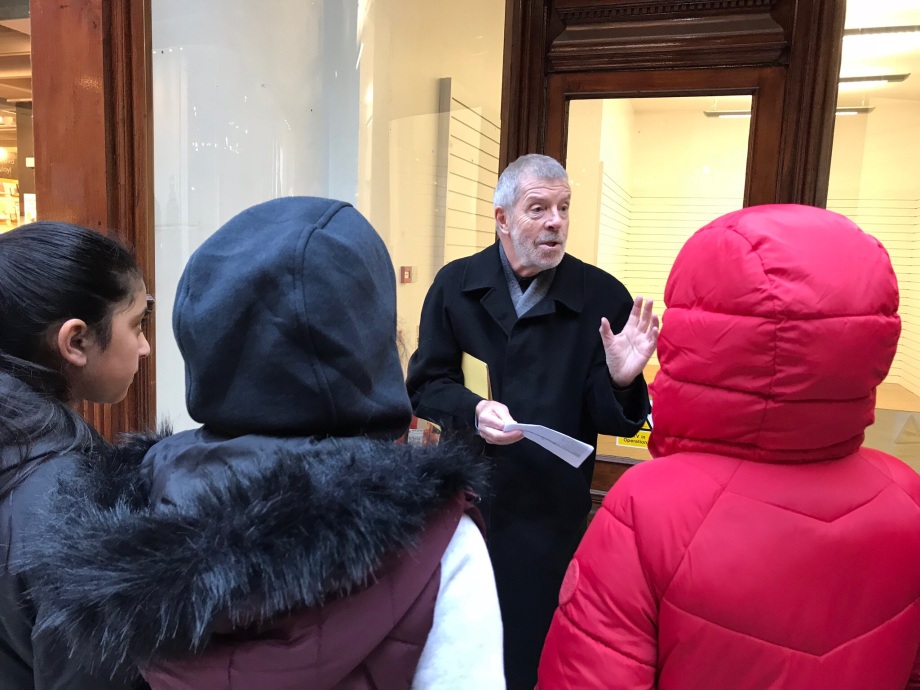 The Sheroes, as the group of Muslim girls who are part of the Otherness Project like to be know as now, we’re excited about becoming detectives on Newcastle city walking tour to find out more about how it looked and worked during the First World War and after.

With the help of Peter Livsey and ID on Tyne member volunteers, on a cold Saturday morning the Sheroes began their treasure hunt at Window’s Central Arcade where they were able to take a step back in time and envision what the city centre of the past looked like.
From here the girls were spilt into groups to enter the Grainger Market and to find out what kind of stores and shops were part of this market in the past and how many of them belonged to foreigners. From within the markets and onto Clayton street, there were German Butchers and Italian restaurants. Family businesses which had been around for years but faces opposition once the First World War began.

The tour ended up at the Literary and Philosophical Society where the girls had the opportunities to use their new research skills within the independent library’s newspaper and maps collection.

Getting Our Stories Down